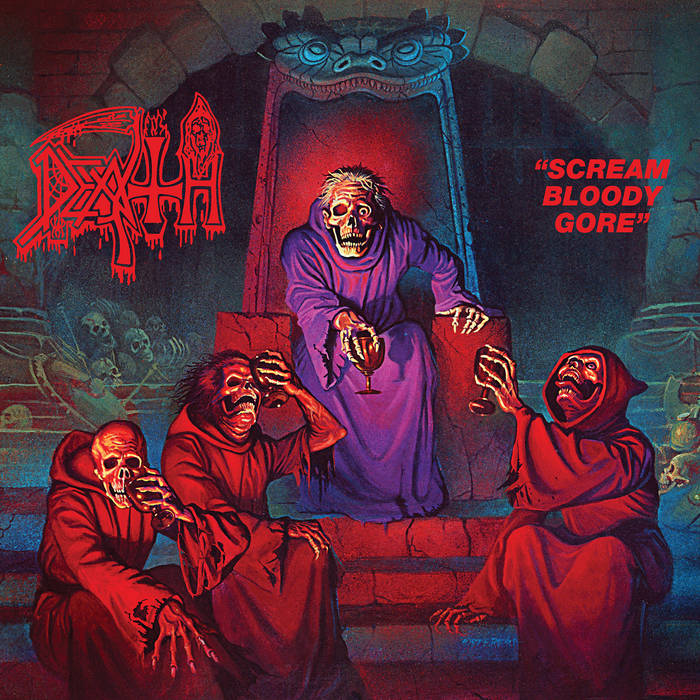 metalfabs If you don't own this in some format, what are you even doing? Favorite track: Zombie Ritual.

kaeden This album is so pure, I love reading through chucks lyrics and seeing how much he grew as a musician over time, captures the perfect mix between OSDM and Thrash Favorite track: Torn To Pieces (Original Florida Session).

alextheundead An all time favorite of mine and an all time DM classic, this record will surly rip your face off! all hail Evil Chuck \m/ Favorite track: Sacrificial.
more...

DEATH's legendary 1987 debut 'Scream Bloody Gore' is more than just an untouchable album - upon its release, it was positively genre-creating. 'Scream Bloody Gore' founded the quintessential death metal sound, with more tormented riffs, screams, and leads than the world had ever imagined, and established Chuck Schuldiner's inimitable phrasing and songwriting style as the most singular voice in the burgeoning genre. Today, the album is viewed unanimously as one of the all-time most important cornerstones of death metal. As the final chapter in Relapse's comprehensive DEATH reissue series, ''Scream Bloody Gore' will now receive the deluxe reissue treatment on a wide variety of formats including 2CD, Limited Edition 3CD, LP, Deluxe 2xLP Boxset, and cassette versions.